Search For Your Rental
IN HOBART OR NEAR YOU
Pick-up 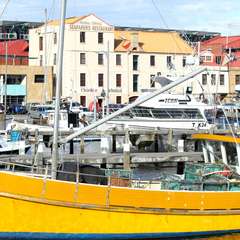 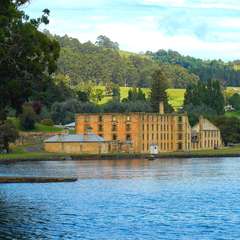 Address: Hobart - 112 Harrington Street, Hobart, 7000, Tas. To check for other local car rental hire depot locations in Hobart, select search above.
Going off road or to some out of the way place? Why not have an adventure with a 4x4 or SUV. Here are some examples to compare prices:

5
Are you driving with a large group? See our wide range of 7, 9 and 12-seat people carriers (MPV’s) van’s and minivans. Here are some examples to compare prices:

4
Small cars that are easy to park, economy size is ideal for driving in those busy city streets. Here are some examples to compare prices:

5
Standard cars are comfortable and big – great for family trips and longer-distance travelling. Here are some examples to compare prices:

5
Note: These are indicative examples only. For accurate car comparisons and prices, enter your dates into the search above.

This harbor-side small city retains much of its historical convict origins as seen in its architecture and layout.  It’s actually one of Australia’s oldest and most walkable cities with Salamanca Square and Markets, Battery Point and the country’s oldest maker of beer — the Cascade Brewery a longer walk out of town.

But if you’re into doing some renting a car to have some driving fun and take in some sites further out there are quite a few great options.

A 25 minute drive out of town, zigzagging up to Mt Wellington at 1270 metres above Hobart, is a sight not to be missed. The view is breathtaking, and if you’re heading there in winter there’s a good chance it will be covered in snow.

For something more historical, take the road down to Port Arthur, stopping off at Richmond along the way. The total journey time is around 90 minutes, plus stops.  Richmond was a military outpost on the road to Port Arthur and is arguably one of the best preserved historical towns in Australia.

The drive down to Port Arthur along the Tasman Peninsular is another one of the country’s best, with a combination of stunning landscapes, awesome cliffs of 300m reputed to being amongst the highest in the Southern Hemisphere.   Port Arthur, itself, comes next and you’ll get to experience first hand the inescapable penal colony with many of its sandstone buildings in-tact.

This drive trip is a little over 2 hours, but to make the most of it, it deserves frequent stops.  The road traces most of the route built with convict labor in the early 1800’s and will have you gawking with delight at the beautiful rolling farmlands and Georgian villages. Many of the people in these villages directly descend from those early settlers, so if you might want to strike up a few conversations with some, to learn what they know about their forefathers.

At Cheaperthancars and Cheaperthanhotels we offer a wide range of choice and discounts on your car rental and accommodation in and around Hobart. We really do believe that when you spend less you will have more to do when you get there.