Search For Your Rental
IN LUXEMBOURG OR NEAR YOU
Pick-up 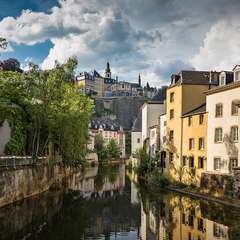 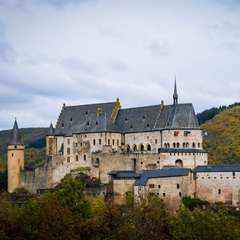 The Grand Duchy of Luxembourg (LU) is a tiny landlocked nation belonging to the Benelux, an economic union with Belgium and the Netherlands. Luxembourg holds the dual distinctions of being the world’s only Grand Duchy, and one of the wealthiest countries on the planet. In addition to its exceptional standards of living, Luxembourg has a fairly wide range of attractions that survived the devastation of World War II, including the site of the infamous Battle of the Bulge. Its terrain is generalized by rolling hills and slight valleys in the north, and a steep decline toward flood plains in the south. Luxembourg-Findel International Airport (LUX) is the primary gateway for international visitors to the region, although Luxembourg’s small size equates to generous access from neighboring countries via European roads.

As you might expect from such a well-heeled nation, driving in Luxembourg is a decidedly sophisticated affair, with well maintained roads and expressways heading in (almost) all directions. Public transportation within the city of Luxembourg is OK-ish, but you’ll need to rent a car in order to reach other destinations, particularly if you’re heading north to the city of Diekirch and its war memorial museum. Despite its strategic location, Luxembourg is quite isolated from other major European urban developments, and more than a two-hour drive to the nearest “big” cities of Frankfurt and Brussels. At any rate, visitors who make use of a Luxembourg car hire will be pleased to share the roads with some of, if not the nicest drivers in all of Europe. Locals are exceedingly patient and courteous on the roads, and traffic fatalities are quite rare, making for a very safe driving experience.

Tips and advice for renting a car in Luxembourg

Speed limits are readily posted and in-line with European standards; however, Luxembourg has a rule on the books that you must have had your license for more than two (2) years in order to drive on roads with limits in excess of 70 km/h.

On-the-spot fines for traffic violations are very common, and police may tow and impound your vehicle for up to 48 hours if you don’t pay up immediately.

There are no toll roads in Luxembourg.

There’s a little bit of traffic congestion in Luxembourg City during rush hour, but otherwise, not an issue elsewhere. Also be advised that most of centermost section of the city — Ville Haute — is pedestrian only. Parking in the area is prohibitive.

Using the speed camera detector function of your GPS is legal in Luxembourg.

In case of an accident, you’re advised to move the car to the side of the road — if possible — but do not stay inside the car. Instead, wait nearby for authorities to arrive, and don’t leave the scene until you have the paperwork documenting the incident, which your car hire vendor will need to have in order to validate your coverage.