@ ALL LOCATIONS IN
Malawi 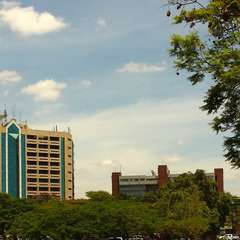 This “landlocked” country of Malawi (MW) is located in southeast Africa, and bordered by Tanzania to the north, Mozambique to the south, Zambia to the west, and Lake Malawi, the third largest lake in Africa, which forms the majority of its eastern border.

One of the friendliest of African nations, Malawi is sometimes referred to as the “Warm Heart of Africa”. The majority of its terrain is highland forest and jungle, with the exception of the coastline alongside Lake Malawi.

It’s climate is defined by tropical conditions with wet and dry seasons. The majority of the top destinations in Malawi are geared toward wilderness and outdoor adventure, but the country is home to a number of important historic sites such as the Stone Age rock drawings near Dedza, and the Neolithic ruins of Karonga. A sort of cultural tourism is on the rise in Malawi, with opportunities to experience daily life in small villages becoming increasingly common.

Compared to neighboring countries, Malawi’s network of roads is in remarkably good shape. Its general north-south orientation simplifies navigation and most of the main destinations are accessible from the main highway that runs from Blantyre in the south, through the capital city of Lilongwe, and north to the town of Mzuzu.

Traffic is light to sparse and local driving habits aren’t particularly outrageous. Quite the contrary, as most local car owners are protective of their vehicles. On the flip side, people drive slower in Malawi, so expect longer than average travel times. Although police checkpoints are widespread throughout the country, be assured the authorities aren’t interested in foreign travelers. In terms of crime, violence against foreigners isn’t unheard of, but you’re far more likely to get cheated or scammed, as opposed to robbed or kidnapped.

Tips and advice for renting a car in Malawi

Don’t drive at night in Malawi.

Although the major roads are in good condition, the same can’t be said for the majority of lesser roads. All-wheel drive vehicles are recommended for all-purpose driving conditions. The general rule of thumb in Malawi is if a destination isn’t accessible by one of the M roads, it’s probably not accessible for foreign travelers.

If you’re planning to take your Malawi car rental into one of the neighboring countries, be advised that travel to Mozambique is generally not allowed, but it’s up to your car hire provider for other destinations.

You’ll save money by picking-up and dropping-off your Malawi car hire from the same location. One-way rental fees are compounded by an exceedingly expensive delivery fee that can more than double your rental price.

Don’t sign the rental contract until you’ve done a thorough assessment of the vehicle, which includes checking the brakes, turn indicators, and interior features such as GPS. The majority of Malawi car rentals will have a bit of pre-existing superficial damage, and it’s up to you to make sure it gets documented by the rental agent, and that they give you a copy of the report.

Third-party liability insurance is mandatory for car rentals in Malawi.

Frequently asked questions about renting a car in Malawi

1. What is the best time of year to book a rental car in Malawi?

2. Is it possible for one way rentals in Malawi?

3. Should I rent a round trip or one-way rental in Malawi?

4. Which location should I rent my car from in Malawi?

5. Do I pay more fees and taxes for renting a car at the airport in Malawi?

6. What insurance do I require for driving a rental car in Malawi?

7. What is the best way to save money on rental car insurance in Malawi?

8. Should I prepay my rental car booking in Malawi?

9. What are the largest numbers of vehicle seats available for a rental car in Malawi?

10. What types of sports and special cars are available in Malawi?

11. Can I take my rental car across borders in Malawi?

12. How do I inform the rental company I will be crossing a border from the Malawi?