@ALL LOCATIONS IN VENEZUELA 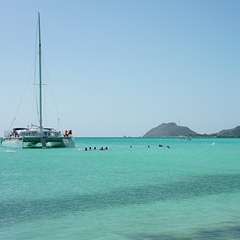 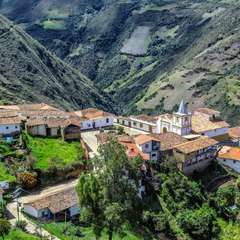 Venezuela (VE) is located at the northern edge of South America, with a prominent coastline spilt between the North Atlantic Ocean and the Caribbean Sea. The country is generally divided into six geographic regions, each with its own diverse range of characteristics.

The most popular destinations are found in the Central region, home to the capital of Caracas; the Caribbean Island group of more than 600 islands; and the massive and largely uninhabited Guayana region area south of the Orinoco River, dominated by Amazonian rainforest, and the site of Angel Falls, the world’s tallest waterfall.

With a tremendous amount of biodiversity, Venezuela is at the top of the ecotourism charts, with an inexhaustible range of wildlife and outdoor adventure opportunities. More than 40 percent of its land area is reserved for national parks and conservation areas. In addition to its natural beauty, Venezuela offers a significant number of historically important sites related to Pre-Columbian and Spanish colonial eras, many of which are found in the cities of Maracaibo and Valencia.

In light of an overburdened bus system and virtually no national railway to speak of, the best way to explore is to rent a car in Venezuela.

With the exception of the Amazon Basin, all major attractions and destinations are accessible by highways, roads, and rural routes in good condition. Major cities are plagued by congestion and the erratic behaviors of local drivers, but with exceptionally cheap fuel prices, travel by car hire is the most cost-efficient mode of transportation.

However, visitors to Venezuela should do their homework before hitting the roads.

Police and army checkpoints are common, and tourists have been solicited for bribes. Be advised that pedestrians do not have the right of way, and stopping for them may create a greater traffic hazard. Travel between cities is generally straightforward, but you’ll want to educate yourself about some of the hazards that may be lurking once you’ve reached your destination.

Tips and advice for renting a car in Venezuela

All-wheel drive vehicles are recommended for travel in Venezuela, with the exception of inner city driving; in which case, economy, compact, and minicars are the best choices.

Fuel is cheap, but shortages are common. Keep an eye on the fuel gauge and keep your tank above half full at all times.

Travelling at night is not advisable throughout Venezuela.

Your Venezuela car rental should be equipped with GPS and you should definitely use it. Outside of the major highways, roads are not particularly well-marked.

Check with the state department in your home country for travel warnings and advisories in Venezuela.

Talk to your Venezuela car hire provider if you have plans to take the vehicle across international borders. Some restrictions may apply.

Are you driving a rental car in Venezuela?